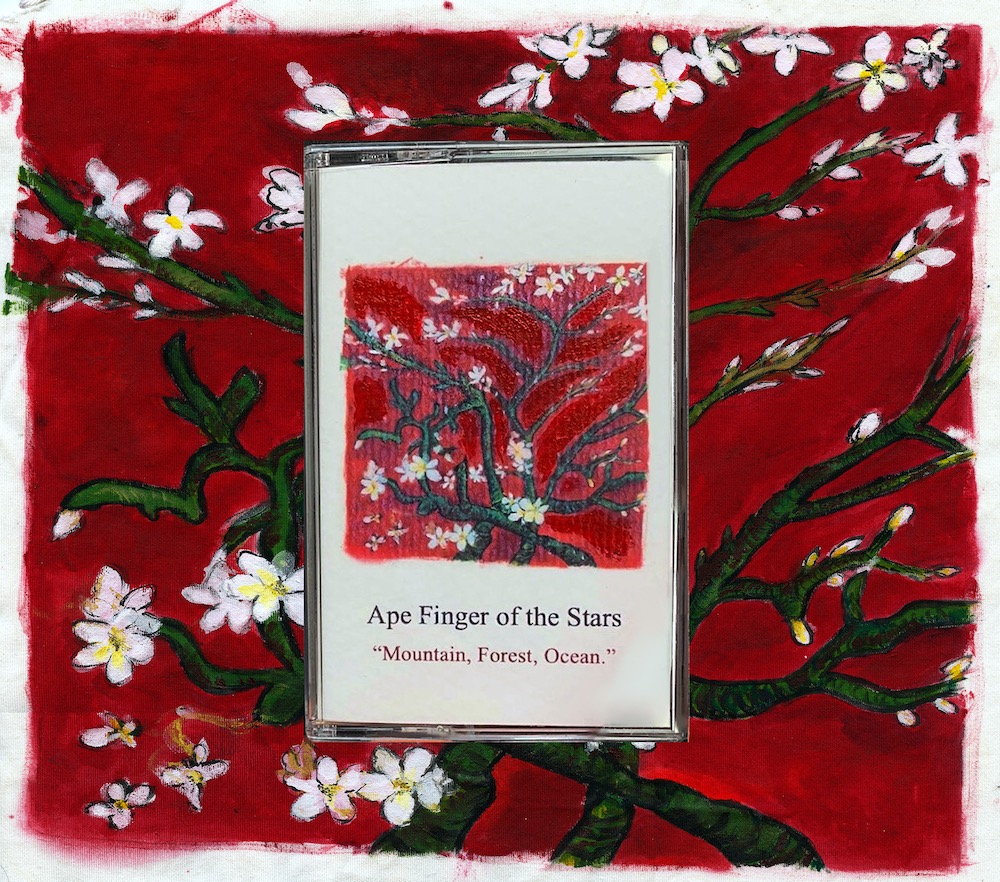 Mountain, Forest, Ocean, which takes its title from the three approximations of eternity that appear in John Berger’s video essay on time (carting away all the rocks of a mountain in a wheelbarrow, cutting of every branch of every tree in a forest, watching a duck drinking the ocean) – a sample of which features prominently in the piece itself – is an unhurried improvisation over a modest chord progression with synthesisers, tapes and saxophone.

It is the debut album of Ape Finger of the Stars, a Berlin-based improvisational drone quartet with members from Finland, Germany, Italy and Sweden. It was recorded on January 12th & 26th 2019 in Berlin, Germany.

The digital version as well as a limited edition of 50 transparent red C-60 cassettes with hand-cut, -printed and -varnished covers can be purchased via Bandcamp.