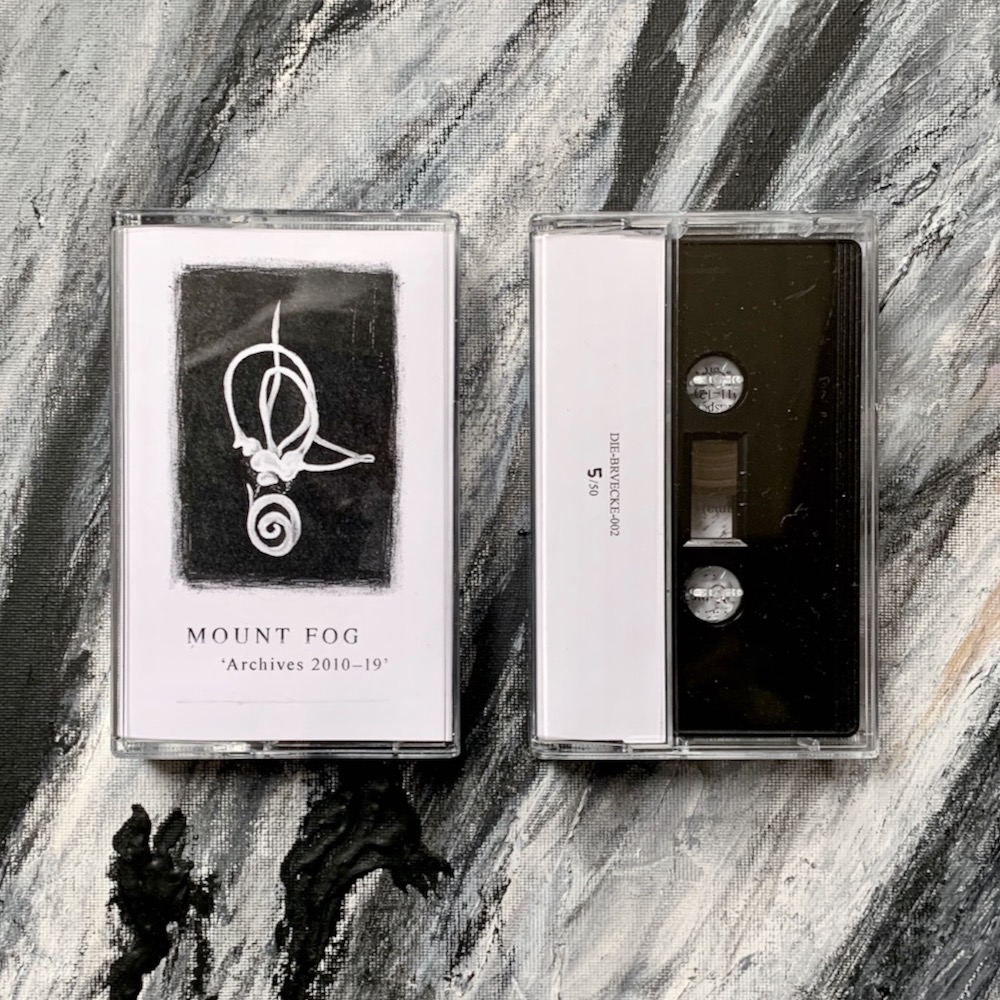 Archives 2010–19 a brew that has been fermenting for nearly a decade. It summons a concentrated, powerfully sustained sound-world that combines abstract, concrete sounds with a wealth of acoustic and analogue sources, including guitars, organs, accordion, flute, piano, drums and synthesisers. This is music that speaks, breathes and moves ...

Mount Fog is an Italo-Swedish photography and sound art trio established in 2011. They released their debut record “We Know Nothing” (8” lathe cut) on Hustle Productions in 2017 and have performed at Nattmaran (SE), Spektrum (DE), Standards (IT) and the Saturnalia Festival at Macao (IT), among many other places.

Recorded 2010–19 in Italy, Germany and Sweden. Tracks A1 and A4 were previously part of the exhibition Järnspökenas Nedgång in Cremona, Italy (2011–12).

All tracks played, recorded and mixed by Nicola Domaneschi, Marco Verdi and Erich Grunewald (Mount Fog). Hampus Grunewald plays guitar on A2. Massimiliano Salina plays drums on A4 and A6.

The digital version as well as a limited edition of 50 black C-50 cassettes with hand-cut and -numbered covers can be purchased via Bandcamp.